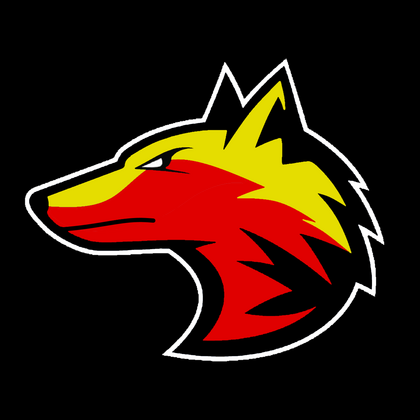 About This About Page

Hello, welcome to my about page. As you may know, I'm a 17-year-old hardcore producer from Southern California, specializing in uptempo, however I enjoy messing around with other genres and subgenres from time to time.

Before I Started Making Music

Around 2015, an old friend showed me Aero Chord - Surface, which was on a first-person shooter game montage, probably MW2, I dunno. That was the first time I remember actually enjoying music, and not just 'liking' the track. Anyways, around that time, I started to show interest in dubstep and trap stuff, and sometimes chiptune. Another song that I found around 2015 to 2016 that increased my curiosity in the hard dance scene was Warface - Show Me Your Warface 2.0, came upon it randomly and enjoyed it. Then I found Venom's Psycannalise. Venom introduced me into hardtek, and soon after, I started to listen to a lot of the subgenre, mostly coming from a YouTube channel called Red Autumn. That was when my interest for hard dance took off, I now love uptempo, frenchcore, terror and rawstyle, and probably sub-subgenres that I barely know about or some shit. Also around 2017 had a gabber/oldschool phase, being introduced to Disciples of Annihalation through a guy on Youtube by the name of Sam Sutherland, who made a video on speedcore and extratone, in which D.O.A was mentioned. Thunderdome XII is still my favorite compilation of gabber.

How My Logo Was Created

I joined the r/hardstyle discord server around mid 2018, and started talking on there alot. I noticed someone there was named Greater Than, and I loved his music, so my mind for whatever reason went to math, and so EQUAL2 was born. The "Mediocre Hardcore Since 2018" was originally a joke on one of my livestreams, if I remember correctly it was my first Automation + BeamNG.drive stream, which is now unlisted on YouTube because I've been cleaning up my social media recently. The fox in the background was added after I came out as a furry, around September 2018. Don't worry, I'm barely even one anymore. The fox head graphic I took from the internet and recolored it, editing it a small bit. As for the colors, I really like how red looks on cars, and yellow just looked like a good color to go with it. The font was chosen because I liked the look of it, and the bars above and below the name symbolize an equal sign.

How I Started Making Music

I discovered GarageBand on my middle school iPad around 2017. It was a shitty, dumbed-down version of it, but I managed to make some things on it, which I will put a download for at the very bottom of this page because I would like to show you how much I've improved.
After I finished middle school, I got on my computer to see if I could emulate GarageBand, which I couldn't since I'm a sucker for Windows 10. I found FL Studio 12 and started making music on it around 2018. I currently use FL Studio 20.

Q: Are you going to make another kick pack?
A: Maybe, maybe not. It's harder to sample kicks now because of the way I usually make them, which ends up in the tail sorta bleeding into the next kick, making it much harder when it comes to sampling kicks.

Q: Are you going to do more tutorials?
A: As for kick tutorials, I don't think I will for a while, my newer kicks that I've made at the time of writing this (3/28/2021) are very similarly made to my older kicks except there's one change in them, I won't say it tho x

Q: Why are you not uploading as many tracks as you used to?
A: I'm releasing on Partyraiser Records now, and doing that takes months compared to just uploading a track to Soundcloud and YouTube. Last MF and Booyaka Shot 3.0 were old tracks, made in around August of 2020.

Here's some of my downloadable stuff, two kick packs and the old GarageBand files.

The first kick pack has a bunch of terrible kicks from 2018, but you could probably make something out of them if you're up to it I suppose.

The second pack is much newer, coming from April of 2020. Still old though.